In its ninth year of production, the Scottish Alternative Music Awards took place this year, in one of my very favourite venues, Saint Lukes’, hosted by Jim Gellatly Kicking the night off with a gorgeously haunting set, Heir of The Cursed took to the stage and played through an enchanting four song set, which took us into the first set of awards. First up was Best Hip Hop; which was claimed, by the very deserving Solareye.

Straight into Best Metal; which was then taken by Tenements.

Breaking up the awards with some more home grown, Scottish talent, previous SAMA winners, Shredd took to the stage and tore through their set, which had the crowd bouncing and head banging from start to finish.

Best Rock/Alternative then went to Declan Welsh and the Decadent West.

Paisley band, the Vegan Leather really did bring their A-Game with their set. They had the whole room dancing within the first 10 seconds of their set, and even had everyone, literally, on the floor at one point! Best Newcomer was awarded to the Dunts

Followed by Best Acoustic being given to Megan Airlie.

The final award of the night, Best Live Act, went to Lylo!

Blanck Mass took to the stage to close the show, and in the blink of an eye, another SAMAs was over! I’m excited to see what another year can bring in terms of new, Scottish music, and if the scene continues to grow like it is just now, there’s guaranteed to be a whole host of artists to pick through for next years’ Scottish Alternative Music Awards. 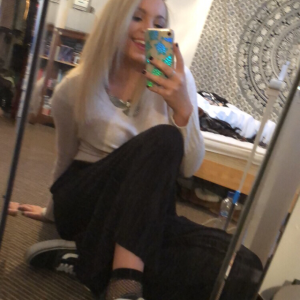